Session Reports Who is hunting whom? 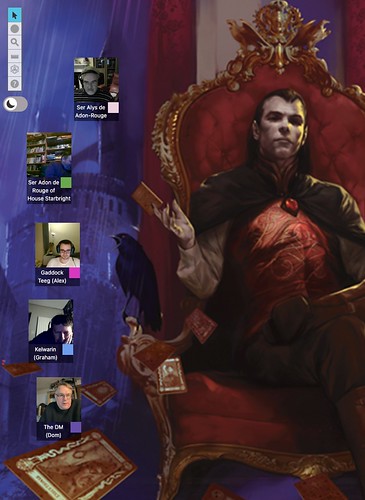 ​
So we come to the endgame. So far, Strahd has indulged the characters like a contented cat playing games with a mouse, with no intent to harm. But they’ve broken part of his connection to the land, raised his people against him and defied tradition. He’s soon to find that they’ve broken into his home and desecrated his brother’s grave, robbing his corpse, if he hasn’t already. I think that will be the point that the time for games will have passed.

Meanwhile, our heroes continue with their plan to summon him onto an island in the lake. Perhaps that will be enough to shift the balance in their favour, perhaps not. Ireena has been taken, and perhaps turned.

The very existence of our heroes and their nemesis is at stake. The battle for Ireena Kolyana’s soul is joined. How will it end?