[shopping] What have you splurged on recently? (continued)

#641
So instead of buying new games, I seem to be on a splurge getting all the Collectors Editions of my favourites.

This time I got the original collectors version for John Wick's 1st Edition Legend of the Five Rings. 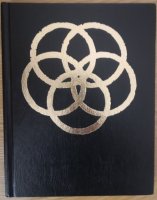 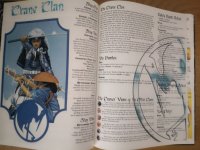 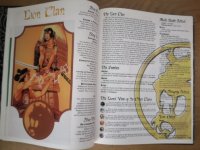 #642
I seem to be on a Handiwork Games jag at the moment. Purcased The Silver Road, a great short, simple game of storyteling. Added on In Spoons, In Knives, a setting for 1930's industrial Britain, and arranged a game of said In Spoons about agricultural workers getting displaced by mechanisation. Jonny's also doing a game using the same Silver Road rules with a setting of spirit witches/shamen in Doggerland. This is the area presently sunken beneath the North Sea but above water in the distant past. This game revolves around protecting the tribe from mishaps caused by bad spirits. There's the usual good art although a lot seems to be AI art further manipulated in Photoshop or GIMP.

#643
My past experience with rare Kickstarter exclusive collectors' sets is that years later they are oftentimes impossible to find at good prices..Even non-Kiickstarters like Legend of the Five Rings faux-leather editions.

Hence when I got a decent offer for Twilight 2000, powered by Year Zero Engine, it would have been rude to refuse.

Plus, my bullet dice now have a perfect home and playground. 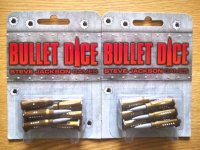 #645
I have bought a copy of Band of Blades whilst at Continuum. I'm developing some thoughts on a #hopepunk FitD fanatsy game called Lodestar, and got this to see another fully developed iteration of the engine. I've also heard great things about it!

#646
Trudvang top-up, with the reprinted Player's Handbook and Game Master's Guide plus the Curse of Runes campaign. 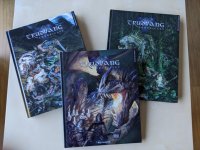 #647
Not sure if ten quid counts as a splurge, but I saw these beautiful books at a thrift store and just had to purchase them. Score!

These are the clasics from the Legend of the Five Rings Clan War amongst all seven great clans (also known as The Scorpion Coup).

And since my core play areas are 1sr edition and 4th edition of the roll-and-keep system, the stories in these novels make for great inspiration

Regarding the latest hotness, rhe D&D5e version called Adventures in Rokugan, the common criticism, is that it has gone more Anime/Manga fantasy than samurai drama. The Code of Bushido has been removed, and seppuku is banned at the table. Though in all my years of original L5R play, I never experienced a Player Character partake in that climatic ritual. Witness seppuku from afar, probably a PC did, but never partake. But its existence was important for the fiction of samurai stories we told. Anyway, I purchased the core book Adventures in Rokugan, regardless.

Strangely, the new publisher, Edge Studios, is the same studio that publishes D&D 5e Midnight RPG with totally evil orcs and slavery existing in a pseudo Middle-Earth "What if Sauron won" thene. 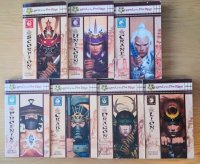 Staff member
#648
My Crab Clan Warrior ended up commuting seppuku in L5R 1e. Put in an impossible situation, he resolved it the only was he could.

#649
Dom said:
My Crab Clan Warrior ended up commuting seppuku in L5R 1e. Put in an impossible situation, he resolved it the only was he could.
Click to expand...
I think I can envisage the scenario you present, and probably why the Bushido Code was removed from Adventures in Rokugan. For if an honourable samurai fighting evil in The Shadowlands was to become tainted by that evil magic and become turned into a weapon of evil, then the honourable escape without betraying the clan is seppuku.
You must log in or register to reply here.
Share: Facebook Twitter Google+ Reddit Pinterest Tumblr WhatsApp Email Link
Top