The Exchange: An espionage scenario for the DoubleZero RPG

#1
A few years ago, I created a scenario for the old 1980s Flying Buffalo modern adventure RPG Mercenaries, Spies, and Private Eyes.

I’ve recently really started to get into the DoubleZero RPG, the modern update of the old James Bond RPG. I like the system a lot better than MSPE (though MSPE has a much better name). So I’ve decided to update my old scenario for DoubleZero. 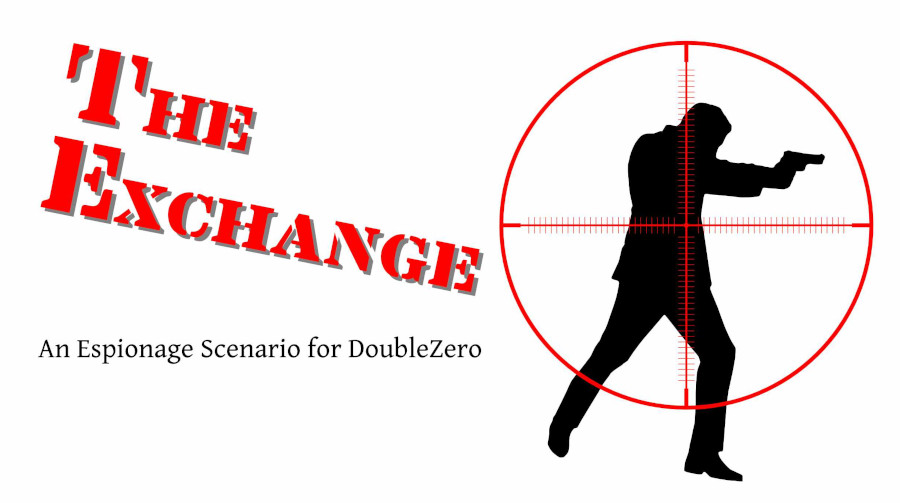 It takes place sometime during the Cold War, around 1967-1972, though it could be easily used in other eras.

The players will be agents of TAROT, a rather vague western intelligence agency. It’s presumed each player is an intelligence agent or someone with special abilities recruited into TAROT. Players are directed to prevent the defection of a nuclear scientist to the East, while dealing with the complications of enemy agents, corrupt secret policemen, and a kidnapped daughter.

I’ve formatted it into a little A5 digest-sized 20 page booklet, to make home printing a little easier. I’ve also included a pack of pregenerated characters and some handouts for the players. Blank versions of the DoubleZero character sheets can be found here.

Here’s the main scenario in a few different formats:

Here’s the file with the pregen character sheets ( 8 characters, 3 pages for each)

Here are the handouts – a map of the island the adventure takes place on, and details on important NPCs that can be given to the players as needed. I’ve also included a combat sheet that has all of the NPC stats and weapons on convenient sheets that you can use during play.

I may eventually clean this up a little more and post it on DriveThruRPG and Itch.io. For now, it’s free for everyone to use here.