[shopping] Temptation waits... what are you resisting?

#741
Just the download the free Traveller Mercenaries PDF. Over 100 pages, lots of bang for a freebie buck. Temptation getting stronger.

Staff member
#742
Yes. However you need to do two key things.
1: Behave like a real soldier. Hug cover. Use suppressing fire. Always try and achieve overwhelming odds. Focus fire 🔥 and if necessary retreat in good order. If all else fails, surrender, Known Space is very civilised.
2: Buy the best tech you can: the best armour at the highest tech level, the best weapon enhancements, every kind of stealth tech, the best combat drugs, the best first aid kits, armoured vehicles, and an auto doc.

You are not playing D&D, it's more like RQ or CoC. Your tech is what makes you capable, your military discipline unleashes it.
Last edited: Feb 5, 2021

Staff member
#743
Easy resist for me as the author also wrote the execrable Star Mercs for GURPS Traveller.

Staff member
#744
Guvnor said:
You are not playing D&D, it's more like RQ or CoC. Your tech is what makes you capable, your military discipline unleashes it.
Click to expand...
Yes - like the real world, think before you escalate to violence. You can - and will - die.

I still have wide-eyed and fond memories of the occasion a new player in a Traveller campaign caught a security guard making his coffee and achieved surprise. Rather than getting him to put his hands up, he decided to shoot him. With an automatic snub pistol loaded with HEAP and on burst fire. He was surprised when (1) the guard went down (no armour etc), (2) the other players scarpered for the ship and got ready to flee, and (3) armed police arrived as he'd shot the guard in the middle of an office in town. He then foolishly decided to fight his way out. His character didn't last long.

As an aside, he'd had the talk about guns being lethal and to treat it like modern-day; if you shoot someone, there will be a response.

#745
negromaestro said:
So the Everway Silver Edition Kickstarter is live, but, sadly, there are not cheap digital tiers and the no-pledge tier is $10, so basically, I will have to pass, since like I sad many times already, I am fully pledged out on Savage Pathfinder and Iron Kingdoms Requiem.

I was really hoping I could get a low Everway pledge tier for the sake of curiosity, but none exists. :-(
Click to expand...
I shall successfully resist this Everway kickstarter!

#746
negromaestro said:
But why? Can a man's wallet not get some respite and recuperation. I love mercenary campaigns. Plus, this fits well with my Pirates of Drinax. And with no Traveller legacy beyond Mongoose Traveller 2e, I do not have many books that adding these would lead to "tsundoku".

But I promised no more Kickstarters. Why must this launch now? With FREE shipping worldwide.

View attachment 2271
Click to expand...
I appreciate that Mongoose have upped the production values of their Traveller material, although I think I may already have enough. £45 for a pdf, that does sound like a lot, £75 for the physical box set looks better value.

#747
Dom said:
Easy resist for me as the author also wrote the execrable Star Mercs for GURPS Traveller.
Click to expand...
I understood that Martin J Dougherty had become Matt Sprang's first choice as a Traveller writer? Does that mean you will be able to resist further MgT2e releases? Is T5 calling you back?

#749
Dom said:
I don’t need more Traveller background material. ;-)
Click to expand...
I guess my Traveller collection is less than a quarter of yours, but even I am thinking that I may have enough! ;-)

Staff member
#750
But they are Glorious! You are at worst a slave and at best Prey! They are coming, the Glorious Empire!!

#751
After failing my willpower roll and deciding to back The One Ring, I'm trying to resist buying Mongoose Publishing's 2nd edition Traveller Core rulebook.

#752
Nathan said:
After failing my willpower roll and deciding to back The One Ring, I'm trying to resist buying Mongoose Publishing's 2nd edition Traveller Core rulebook.
Click to expand...
I'm continuing to resist the Kickstarter for 2nd ed The One Ring, having a nearly full set of 1st ed, and feeling Kickstarted out! As for Mongoose 2nd ed Traveller, I have only the Core Rulebook and the Central Supply Catalogue (and a few adventures in pdf), I continue to resist The Vehicle Handbook and High Guard - again I have an extensive collection of 1st Ed Mg Trav alongside lots of Cepheus stuff!

Staff member
#753
I have the two books @Lost Barbarian refers to, and have yet to refer to them in anger.

Staff member
#754
I want the two Aliens Traveller books that are coming. When is their next sale?!

#755
First Age said:
I want the two Aliens Traveller books that are coming. When is their next sale?!
Click to expand...
There was a Traveller sale on Drivethru in January so I guess you may be waiting some time. :-( Maybe Mongoose will have a Trav sale at some point, their print prices are on the higher side!

Staff member
#756
First Age said:
I want the two Aliens Traveller books that are coming. When is their next sale?!
Click to expand...
So do I 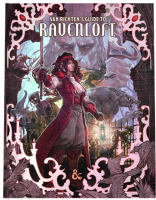 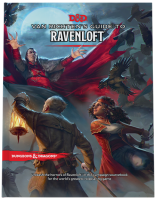 Staff member
#759
It will be interesting to see how they take the domains of dread idea and build on the 2e core. There’s a good discussion by the author of Krevborna here: http://talesofthegrotesqueanddungeo...21/02/thoughts-on-what-we-know-about-van.html 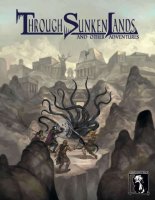 Danger and glory await the bold...

In the common rooms of the great city’s countless inns, in the bathhouses of the merchant quarter, and before the altars of a thousand gods, brave and desperate adventurers meet and make plans. They leave every day and seek their fortunes in the Sunken Lands.

Travel with us through sunken lands...

Lots of times, we want to play a roleplaying game but just don’t have the time for all the prep work involved. No more. Through Sunken Lands is a kit to make a motley crew of ruthless sellswords, gifted sorceresses, and cunning thieves, and send them off in search of gold and glory. Now we have this simple swords and sorcery roleplaying game that gives a group all the tools they need to play an exciting adventure in a single evening, no homework, no fuss.

Anyone with a background in OSR games will already be comfortable with the core rules of Through Sunken Lands.

• Inspired by the works of Michael Moorcock, Fritz Leiber, and Robert E. Howard.
• Character Playbooks and Scenario Packs for play in a single evening with no prep.
• Player driven setting design for fleshing out the great city and the world beyond.
• A sample sword and sorcery setting: the impossible city of Jundarr and the Hundred Seas.
• Nine Character Playbooks, including the Spell Thief and the Eldritch Sorcerer King.
• Three Scenario Packs: the Mysterious Island, the Treasure Hunt, and the Wizard’s Tower.