#1
Died today at the age of 89. There's an obit on the Washington Post (paywalled), but so far nowhere else apart from an announcement on Twitter.

#5
The Guardian has her life in pictures, a lovely tribute. Her son Kyle announced the death 31st, she died 30th.

#6
A most poignant memory now 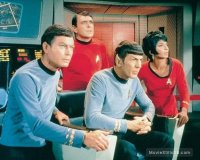 #7
When you confess your crush on a beautiful black woman to an intelligent black woman while married to one.

On February 29, 2012, Nichols met with President Barack Obama in the Oval Office. She later tweeted about the meeting, "Months ago, Obama was quoted as saying that he'd had a crush on me when he was younger," Nichols also wrote. "I asked about that and he proudly confirmed it! President Obama also confirmed for me that he was definitely a Trekker! How wonderful is that?!"

#9
There is something uncanny that the golden boys are left behind. 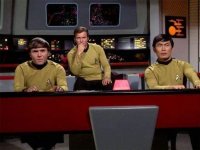